2016 was an exciting year for the Apache Flink® community, and the release of Flink 1.0 in March marked the first time in Flink’s history that the community guaranteed API backward compatibility for all versions in a series. This step forward for Flink was followed by many new and exciting production deployments in organizations of all shapes and sizes, all around the globe.

In this post, we’ll look back on the project’s progress over the course of 2016, and we’ll also preview what 2017 has in store.

First, here’s a summary of community statistics from GitHub. At the time of writing:

Next, let’s take a look at a few other project stats, starting with number of commits. If we run:

Now, let’s go a bit deeper. And here are instructions in case you’d like to take a look at this data yourself.

Monday remains the day of the week with the most commits over the project’s history:

And 5pm is still solidly the preferred commit time:

Apache Flink Meetup membership grew by 240% this year, and at the time of writing, there are 41 meetups comprised of 16,541 members listing Flink as a topic–up from 16 groups with 4,864 members in December 2015. The Flink community is proud to be truly global in nature. 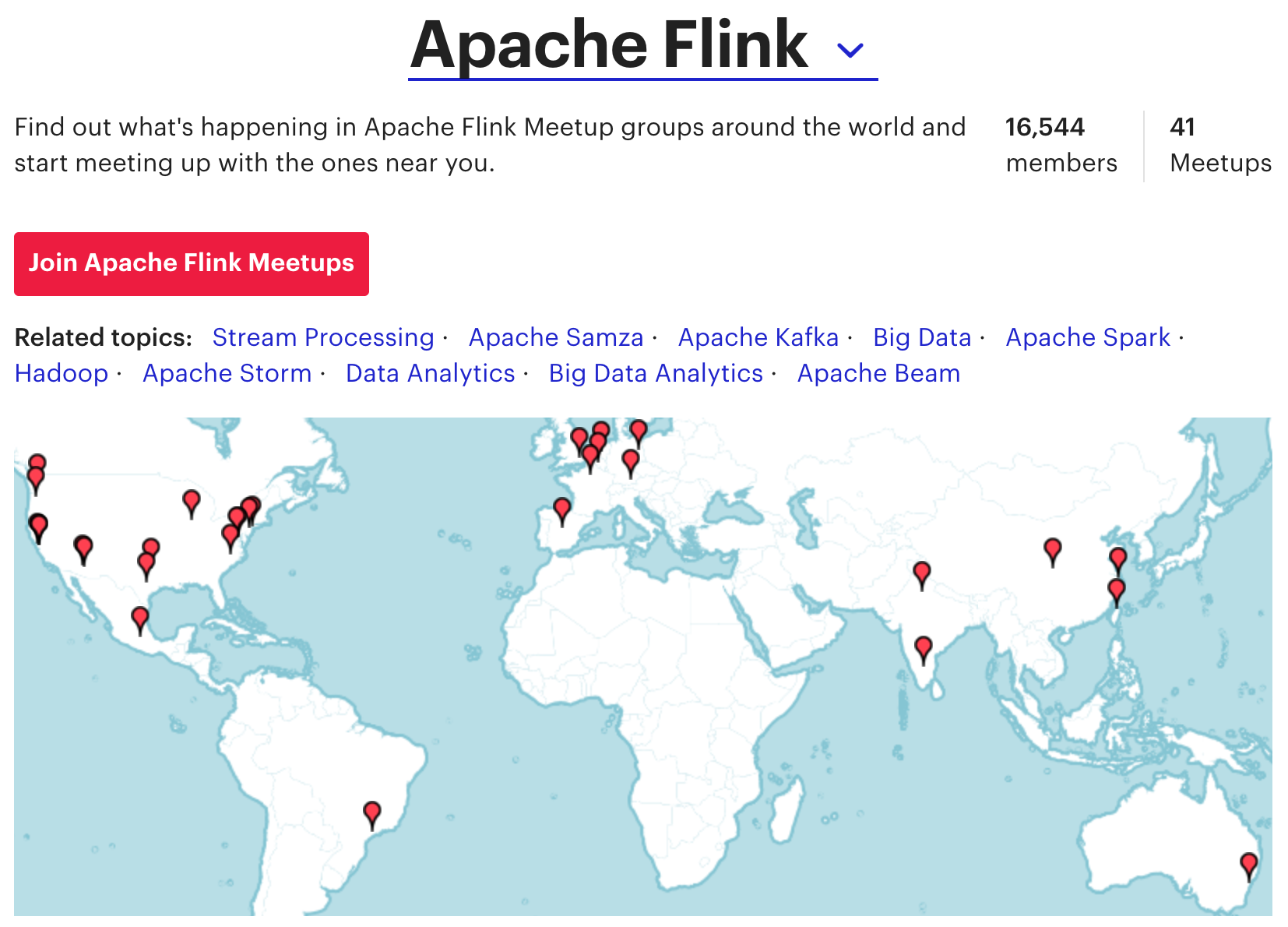 The second annual Flink Forward conference took place in Berlin on September 12-14, and over 350 members of the Flink community came together for speaker sessions, training, and discussion about Flink. Slides and videos from speaker sessions are available online, and we encourage you to take a look if you’re interested in learning more about how Flink is used in production in a wide range of organizations.

Flink Forward will be expanding to San Francisco in April 2017, and the third-annual Berlin event is scheduled for September 2017.

Flink was added to a selection of distributions during 2016, making it easier for an even larger base of users to start working with Flink:

In addition, the Apache Beam and Flink communities teamed up to build a Flink runner for Beam that, according to the Google team, is “sophisticated enough to be a compelling alternative to Cloud Dataflow when running on premise or on non-Google clouds”.

Here’s a selection of major features added to Flink over the course of 2016: 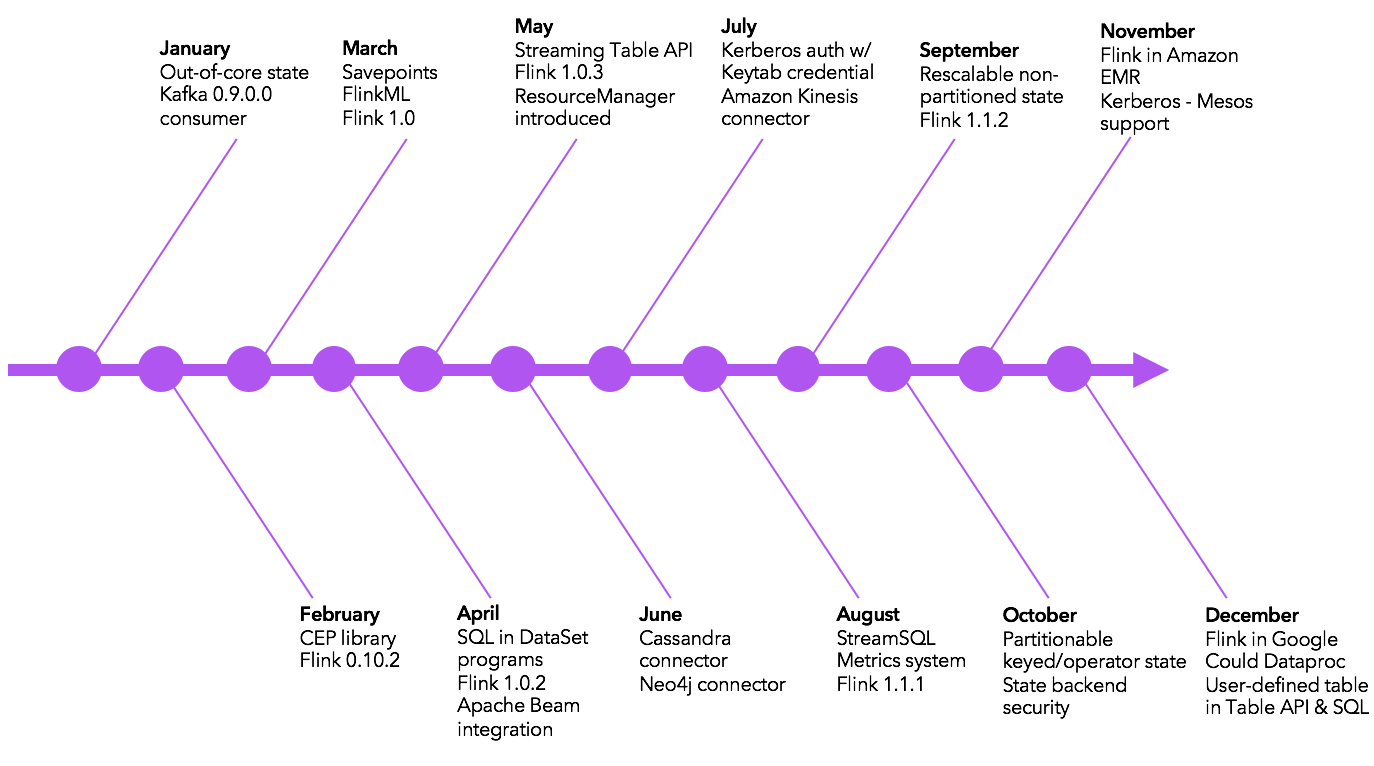 If you spend time in the Apache Flink JIRA project, you’ll see that the Flink community has addressed every single one of the roadmap items identified in 2015’s year in review post. Here’s to making that an annual tradition. :)

A good source of information about the Flink community’s roadmap is the list of Flink Improvement Proposals (FLIPs) in the project wiki. Below, we’ll highlight a selection of FLIPs that have been accepted by the community as well as some that are still under discussion.

We should note that work is already underway on a number of these features, and some will even be included in Flink 1.2 at the beginning of 2017.

If you’re interested in getting involved with Flink, we encourage you to take a look at the FLIPs and to join the discussion via the Flink mailing lists.

Lastly, we’d like to extend a sincere thank you to all of the Flink community for making 2016 a great year!